1. Speaking of Laurie Colwin, a friend forwarded this article: My Life In Domestic Goddesses. The intro hits home:

“Cooking is also a tender trap, the kind that ensnares women into doing more than their fair share of the labor of running a household because after all, you like to cook, right? So it must not really be work.”

2. Google linked to a handful of its favorite doodles for its birthday this week, and I found this one about arpeggios I don’t remember seeing. Very soothing.

3. When you magnify the ends of spiders’ feet, they look like little paws.

In a sure sign of my approaching 40s, I finally got a Crock-Pot. Sunday evenings we visit Doc’s family and usually combine that with errands, so we’re not home until 8. Figuring out dinner after all of that (on top of figuring out Sunday breakfast and lunch) was getting to be way too difficult.

The Crock-Pot is everything I hoped it would be: You put ingredients in in the morning and come home to food. The first time I used it I kept thinking, “It is cooking but you are not,” and realized that’s a Laurie Colwin quote, from More Home Cooking (she’s talking about a flame tamer instead of a Crock-Pot, but same concept):

On a flame tamer, a good black bean soup takes at least 5 hours to cook, hours in which you could be writing a novel, composing a brief, arguing with your dry cleaner, or playing catch with your child and her friends. You might yak on the telephone, balance your checkbook, or go through piles of work. You might even go shopping for yourself, remembering to stop afterward to buy some bread and cheese. But whatever you do, while your soup is cooking, you are not.

Right after I posted about Oliver loving his new house, I put his bed heater in it because temps were going to drop. Well, the cord coming out of the house scared him off, and then it started to rain Thursday night.

He didn’t get in his house at all while it was raining over the weekend and I just kept kicking myself for messing with his bed and scaring him–until I realized the bedding in there was getting soaked from the rain hitting the deck and splashing back up through the doorway. Then I was kicking myself for not figuring out a way to keep his only warm and dry place DRY. (There was a lot of pacing at the door and hand-wringing during the rain on Sunday.)

Getting things dried out meant I was messing with his house even MORE after the weekend, so he still didn’t get in there. He was sleeping in his tarp-covered chair Monday night, and as much as I wanted to put his bed warmer in there and hide the scary cord, I resisted. This morning as I type he’s finally back in his house, after nearly a week, and I’m tiptoeing around inside like he’s a very shy unicorn.

So after all that, we’re trying to figure out how to keep his house and food dry as we move into even worse weather. Do we cover the pergola top with a tarp? That will keep a big area dry but not do much about blowing snow. Do we buy him an extra large doghouse that will fit his cat house and have space for food and water in it?  Do we do BOTH?  Do we just capture him and force him to live in the basement all winter?

Sheesh. They don’t tell you about all this hand-wringing that comes with the cat lady merit badge.

I’ve been curious to try the Fringe Supply/Grainline collaboration pattern of the Stowe Bag for quite a while. But my inner Midwestern farmwife kept talking me out of it, saying, “Eighteen dollars for a bag pattern? That’s only four pieces? You can figure something out that’s close.”

However, I hate engineering bags, and the Stowe bag looked like it had really good pockets, and I was tired of all my knitting stuff rattling around in one big sack….but I waited. (The inner farmwife is strong.)

Then, after the Nazi march in  Charlottesville* the owner of Fringe Supply announced that she’d be donating all of that day’s profits–up to $15,000–to the Southern Poverty Law Center. I bought her pattern. And now I have a good project bag.

Turns out it’s worth the $18: the engineering is really clever and the pockets are just right to hold folded instructions, extra needles, measuring tape, and stitch markers. The flat bottom makes such a difference in seeing what’s in there, too. I used a cheap-o Premier Prints canvas (from Amazon) that I didn’t check the scale of–I wanted something graphic and mod but when it came, I realized that if I centered the crosses, I’d look like a member of the Goth Red Cross.

So you lose some of the pattern due to the size of the bag, but it was only $9 for a yard. (My inner farmwife didn’t let me order the Japanese linen canvas I really wanted. Maybe I need two bags?)

*Shoulda had more coffee this morning

It rained all weekend with highs in the 40s–which meant the mountains got that rain as snow. We were not ready to break out the winter hiking gear, so we went to IKEA instead. (I’m reorganizing the “studio.” I have some help.) The trees up at elevation were just starting to turn two weeks ago–this past weekend should have been peak color time but I guess we’ve just skipped straight to winter.

Toby doesn’t mind, though. I put the pet bed heater back in his bed over the weekend and he barely left it. 1. The autumnal equinox is always a hard one for me because of SAD, but my mom took me to Red Butte last night and autumn was doing its best to get me to like it: 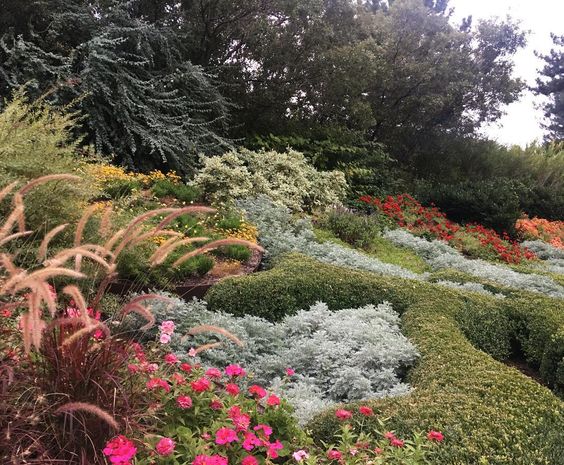 2. I’ve mentioned the 24 “small seasons” in Japanese culture before but I just learned that those sekki are split into 3 for a total of 72 microseasons. We are between “swallows leave” and “thunder ceases” today.

3. Just going to put the headline here because I love it so: Octlantis is a just-discovered underwater city engineered by octopuses.

Our stray Oliver has been getting more and more tame and enjoying the little blanket we put out for him on the chair. So when I saw it was going to rain all last weekend, I thought I’d try making him a tent. I wasn’t even sure he’d go in it, but it was a big success (even if it looked like a kitty hobo camp, which I guess it is). Well, I sent the tent photo to my mom–the original cat lady–and she came back with an unused small doghouse that my dad had weatherized with one-inch insulation, a raised floor, a pillow, and a fleece pillowcase. (One of her old cats was mostly an outside cat.)

I still wasn’t sure if Oliver would get in something so enclosed, but clearly Oliver is no fool. I put it out at lunch and he was in there by 5:00 that afternoon. He’s been in it every morning and evening since and most of the day, too. Here he is so relaxed he’s falling out of bed: I’m so glad he has the smarts to stay warm. There’s going to be a cold snap this weekend so I’ll put in the heated bed warmer (!) my mom also supplied. Next up is figuring out how to keep his food dry and water unfrozen as it gets colder. And, you know, moving him into the house. (Don’t tell Toby.)

Happy Birthday To My Brother

My big brother is 41 today!

He has such a wide range of deeply practical knowledge (car repair, agriculture, how things are made, how trains work, what specific aircraft is in the sky above him) and esoteric stuff that still surprises me after all these years (what was carried on Apollo 11, piano jazz, the chemistry of rocket fuel…)

He’s curious and so smart, and when he wants to learn about something, he learns everything there is to know about it and then that info is ready for when someone idly says, “I wonder how x works…”

Much like my dad, people just kind of assume he’ll know things and come to him for help. He’s incredibly generous with his time and resources in the neighborhood and with his friends and family.

He’s a great cook who does Thanksgiving dinner for us every year. He gets excited like a little kid about anything mechanical, fast, or big. He’s the stay-at-home dad to Skyler, and best of all he’s teaching him to be as curious as he is.

Tuesday Project Roundup: The Pants I’ve Been Looking For

I’ve been looking for a pair of drapey, comfy, trouser-ish pants for a few years now. I ordered and returned things from J. Crew and Athleta and ended up thinking that the style wasn’t for me.

But it turns out it wasn’t me; it was the dumb ready-to-wear pants, because I did some slight modifications to the Hudson Pant from True Bias and now I have the pants I’ve been searching for all these years. [I did not make that astonishing shirt–it’s from Nooworks, made in California and featuring prints from women artists. I came across them on Instagram and I have never hit “buy” so fast in my life.] The chambray Hudsons I made first were a consistent two sizes bigger than my measurements, per the tutorial for making them in a woven. For this pair, I shaved off a size around the hips and then re-drafted below the knee to be a little wider, so the leg is more straight overall.

I made these up in a really beautiful rayon twill, which barely wrinkles and is so soft. (Everlane released their “easy pant” yesterday which is nearly identical to what I’ve made–but mine’s not dry clean only.) Take that, ready to wear! Doc had to work early Sunday and came back not feeling 100%, so we scrapped the mountain plans and stayed home. A friend is moving into our neighborhood so I timed the walk over to her new place (15 minutes!), finished one project, started another, and made soup for dinner. A good fall day.